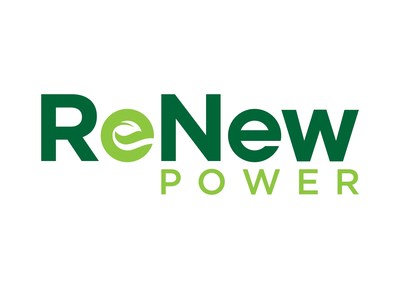 Note: The translation of Indian rupees into dollars has been made at INR 75.87 to versus INR 75.00 to in our guidance. See note 1 for more information.

The Company is providing guidance for adjusted EBITDA, and Cash Flow to equity for FY23:

Form 6-K containing financial statements and discussion of financial results has been filed with the and can be accessed at www.sec.gov

A conference call has been scheduled to discuss the earnings results at () on . The conference call can be accessed live at https://edge.media-server.com/mmc/p/5qv96gc3 or by phone (toll-free) by dialling:

An audio replay will be available following the call on our investor relations website at https://investor.renewpower.in/news-events/events

(2) This is a non-IFRS measure. For more information, see "Use of Non-IFRS Measures" elsewhere in this release. IFRS refers to International Financial Reporting Standards as issued by the . In addition, reconciliations of non-IFRS measures to IFRS financial measures, and operating results are included at the end of this release.

This press release contains forward-looking statements within the meaning of Section 21E of the Securities Exchange Act of 1934, as amended and the Private Securities Litigation Reform Act of 1995, including statements regarding our future financial and operating guidance, operational and financial results such as estimates of nominal contracted payments remaining and portfolio run rate, and the assumptions related to the calculation of the foregoing metrics. The risks and uncertainties that could cause our results to differ  materially from those expressed or implied by such forward-looking statements include: the availability of additional financing on acceptable terms; changes in the commercial and retail prices of traditional utility generated electricity; changes in tariffs at which long-term PPAs are entered into; changes in policies and regulations including net metering and interconnection limits or caps; the availability of rebates, tax credits and other incentives; the availability of solar panels and other raw materials; our limited operating history, particularly as a relatively new public company; our ability to attract and retain relationships with third parties, including solar partners; our ability to meet the covenants in our debt facilities; meteorological conditions; issues related to the COVID-19 pandemic; supply disruptions; solar power curtailments by state electricity authorities and such other risks identified in the registration statements and reports that our Company has filed or furnished with the , or , from time to time. Portfolio represents the aggregate megawatts capacity of solar power plants pursuant to PPAs, signed or allotted or where we have received a letter of award. There is no assurance that we will be able to sign a PPA even though we have received a letter of award. All forward-looking statements in this press release are based on information available to us as of the date hereof, and we assume no obligation to update these forward-looking statements.

Unless the context otherwise requires, all references in this press release to "we," "us," or "our" refers to and its subsidiaries.

ReNew is one of the largest renewable energy Independent Power Producers in and globally. ReNew develops, builds, owns, and operates utility-scale wind and solar energy projects, and hydro projects. As of , ReNew had a gross total portfolio of ~12.8 GWs of renewable energy projects across , including commissioned and committed projects. To know more, visit www.renewpower.in and follow us on Linked In, Facebook, Twitter and Instagram.